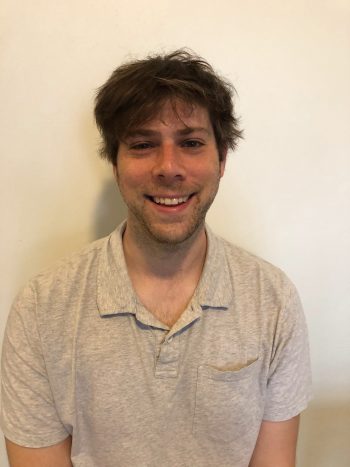 Western suburbs of Philadelphia born and raised, my astrological sign is Pisces, which feels about right: artistic and compassionate, but with a desire to escape reality. The latter characteristic has worked to my benefit since I write short stories (some published, too).

My degree is in Philosophy from Bates College where I also developed a love for debate, which has carried over to coaching debate (thus the picture of me with a tiny Socrates statue).

I’m lucky for many reasons, but some include having an amazing family, including my partner Sarah who is the best reader I know. She and I live in South Philly with our cat Simone. If you’d told me when I was growing up that I’d live less than a mile from my favorite cheesesteak places, I wouldn’t believe it, but here I am: living the dream.

If I were a dean of admissions this is an essay prompt that I'd want students to answer: What are you not doing that you wish you were doing? Why?

What do you spend too much time doing? Listening to NBA podcasts rather than watching NBA games

Which historical figure would you like to meet? Kurt Vonnegut. He’s the writer who convinced me that literature could be funny, dark, and weird, rather than serious and boring. I’d like to hear him talk about whatever he’d like to talk about.